A couple of Stighlorgan bags have become big stars in Taiwan after appearing in the popular rom-com drama series Fall in Love With Me (愛上兩個我). Well, maybe they’re not big stars yet but a keen eyed fan spotted both a Murphy and an Oisin bag worn by the show’s two main characters.

For those of you who haven’t seen it the show follows the adventures of Liu Tian Xing as he retreats from his high profile career at an powerful ad agency only to re-emerge with a new identity as Xiao Lu. As Xiao Lu he goes to work for the struggling ad agency of Tao Le Si who is trying to keep her deceased brother’s business going.

The premise of the show allows the male lead, played by Aaron Yan (炎亞綸) to try out some dazzling styles that contrast with the stuffy suits of his alter ego. The cheetah print baseball jacket Xiao Lu wears with the Murphy backpack above is just one example of how the show uses fashion to play on the differences between the two aspects of the character’s personality.

We also spotted the show’s female lead, played by Tia Li (李毓芬), wearing one of our Oisin bags. We are really excited and very flattered to see two of our favourite designs appear in such a high profile TV show. Hopefully we’ll get to see a few more in future seasons.

If you spot any Stighlorgan Bags in a TV show or film you are watching let us know, we always love to see our bags appear on screen.

These styles are available now: 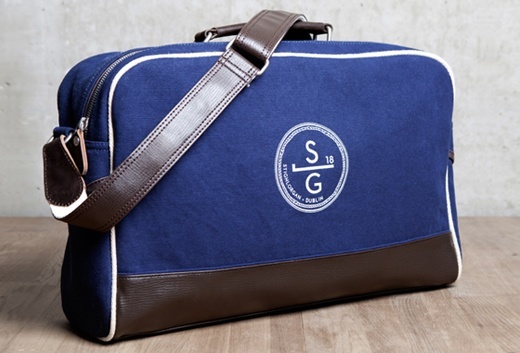