Eoin has been documenting the everyday landscape of a rapidly changing Ireland.  His work brings to attention the often overlooked local places and space.  The latest project sees Eoin take a journey around the country to document the effect of the recession in Ireland for the New York Times.  We caught a quick hour with him before his departure for this new assignment and asked him his thoughts on everything in 2011 so far…

Eoin O Conaill:  All is well.

E:  Well, I am currently working on two new personal photographic projects – they are both at an early stage of shooting but they aim to explore topographical parallels that exist in cities both in UK and in Ireland, looking at particular distinct areas of the modern city.  I am planning to spend time photographing in a number of cities in the UK and Ireland over the coming months so I am excited about that.

E:  I make work that you could call documentary, but I am strongly influenced by fine art photography and also by the photograph as an archival document.  Made up of portraits and landscape images, much of my work to date has been concerned with how identity and community can be examined and visualised through art and how a collective identity of place can be interpreted using photography.  I have photographed in housing estates, in inner city communities and rural areas, each giving a different interpretation on these themes. I am trying to draw information from the everyday spaces we inhabit and pass daily but often take little notice of.

S:  Where were these images documented?

E:  This work was made throughout Ireland during the last few years of the economic boom.  Much of my work before Common Place was made around the capital city Dublin and in Wales where I studied and I wanted to build a broader body of work looking at the landscape of Ireland at the time

S:  You describe the project as ‘a visual exploration of Ireland during the recent period of rapid cultural and economic change’.  What do you feel are the key changes you have witnessed through the project?

E:  One thing that stands out for me is that the idea of economic success or failure is in many ways a construct of a media or government. On the ground change is constant and evident but it is a subtle process where the layering of the built environment points to the economic and cultural changes that are happening.  The most evident changes I have noticed are cultural though, the new people, the confidence, the ideas and the vibrancy of the country.

S:  How would you define the ‘modern-day Irish personality’?

E:  For me to try and define a modern day Irish personality is problematic as there are so many different vibrant and stagnant elements within Ireland. In many ways my photographic work is an attempt by me to try to find an answer to that question.

S:  Where do you think the best representation of Irishness is to be found? (eg; On the streets of Dublin, in the homes of Tipperary?)

E:  Again, I am not so sure about defining one element of Irishness as a better representation than another because in many ways all are as relevant as another. Somewhere in between these two I suppose.  The traditional “country life” representation existed for a long time, or a number of years back the new branding of a modern contemporary country was pushed to the fore, yet these are too simplistic. There is a small town in Mayo called Ballyhaunis in the west of Ireland where over 40% of the population were born in other parts of the world but have ended up living here. The local Gaelic and hurling teams have large numbers of Polish and Muslim children among many other nationalities playing for them and for me this offers a real insight into how the idea of Irishness had adapted and changed in recent years.

E:  Well, I think if I can park the obvious screw up that is the Irish economy there are many positive things going on out there.  There seems to be a real “get out and do it yourself” atmosphere within the arts, design, music and creative communities.  Rents are falling and new shops, studios, collectives and galleries are opening all the time.

E:  Personally things are going good, I’m starting some new projects, photographic work is going good and I’ve just replaced the timing belt on my car which should keep me going for another 100k’s or so. 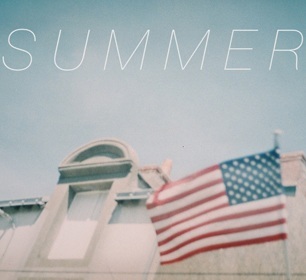